It has been reported that Former Arsenal striker John Hartson thinks his old club may pay the price for not strengthening sufficiently in the January transfer window. 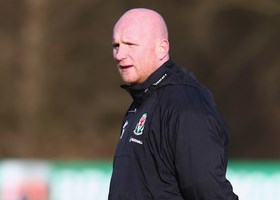 The 38 year old said : “Well Arsenal have got some tough games. They’ve got Bayern Munich twice in the Champions League, they play Liverpool on Saturday, they’ve got Liverpool to come to the Emirates in the FA Cup.

“I felt Arsene Wenger may have brought in some more numbers, quality players in the January window. He hasn’t done that and Arsenal, I think are punching way above their weight.

“I think they’ve had a fantastic season up to now and a lot of people, even the guys at Arsenal, if you ask the players they’re probably slightly surprised they’re top of the league right now.

“They’ve been outstanding. The form of Ramsey earlier on and Giroud’s done really well for them, and Ozil made a great impact when he arrived at the club initially.

“And I have to say Manchester City look strong. Chelsea went there the other night and played extremely well, went to the Etihad. So it will between them three.

“It’s very difficult to say now who is going to be champions, but I think it’s common knowledge whoever can put a good run together and get through all these tough fixtures they’ve got will be the champions.”