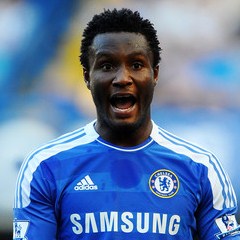 Chelsea midfielder John Obi Mikel has spoken out over his lack of playing time at the London club this season.

However the 24-year-old, who lost his place to Oriol Romeu after last month’s 2-1 home defeat to Liverpool, insisted he would not complain as long as the Blues kept winning.

“It has been hard but the most important thing is that the team keep doing well,” he said.

“As much as I want to play, the team come first.

“If the team keep winning then I shouldn’t complain. Any time I am called upon, I just want to help the team win.”

Ashley Cole Ruled Out Of Chelsea’s CL Clash Against Schalke

Chelsea Yet To Open New Contract Talks With John Terry