Reports have emerged claiming that Chelsea midfielder John Obi Mikel is struggling with a knee injury. 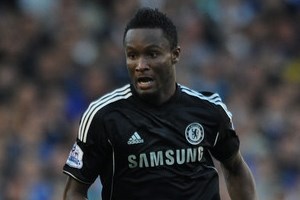 It is said that Jose Mourinho could be forced into a midfield reshuffle for Wednesday’s Champions League clash against Basle after Obi Mikel had treatment on a knee injury on Monday.

Mikel, who suffered the injury during the 1-0 defeat at Everton on Saturday, is a big doubt for Mourinho’s first Champions League tie at Stamford Bridge since he was sacked the night after a 1-1 draw with Rosenborg on September 18 2007.

Ramires is already suspended for the opening group game following Jonas Erikkson’s controversial decision to send him off during the European Super Cup against Bayern Munich last month.