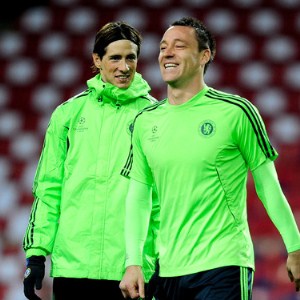 The England international feels that the former Liverpool striker could be the “key” to success in the tournament but knows his side must get back to winning ways if they are to progress to the next round.

“Fernando could definitely be the key,” Terry told chelseafc.com.

“and being in the position we are at the moment, away from the Premier League a little bit and out of all other competitions, we can pretty much focus on the Champions League.

“We know it is going to be tough but with this being our main focus and with Fernando in the squad as well, this could be the key for us.

“Being knocked out of those competitions may be a blessing in disguise. The Champions League is the one that has eluded this football club and me as a player, so hopefully we can go all the way to Wembley.”