John Terry : Fernando Torres Is Back To His Best! 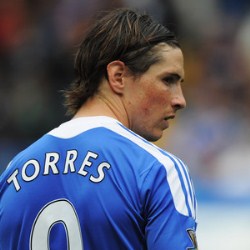 The west Londoners played their first official pre-season friendly on Saturday, where former Chelsea defender Tal Ben Haim’s own goal earned them a 1-0 victory over Portsmouth.

Torres’ cross forced the Israel international to head into his own net and Terry believes the £50million striker will be at his best next season after a poor start to life in west London.

“He realises from the World Cup he had a slight injury and carried that towards the end of last season.

“He was still good at times last year. He’s a world-class player and the price tag is a big weight to carry on your shoulders.

“He’s got all the ability in the world. He’s very quick and a great finisher.

“We’re delighted to have him and if he can bring goals along with what we already have then fantastic.”