It has been reported that John Terry has thanked the Chelsea fans for standing by him this year. 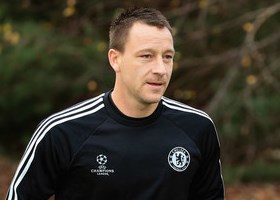 The club captain, 33 this month, could make his 600th appearance before the end of the year and thanked supporters for sticking by him through thick and thin.

“The stats don’t lie and my career doesn’t lie,” added Terry, who is in the final year of his contract.

“The fans have been patient with me throughout my whole career. Hopefully I’ve got a lot more to give for them and the football club. Hopefully these milestones keep coming.”