It has been reported that John Terry may play hardball with Chelsea over new contract talks. 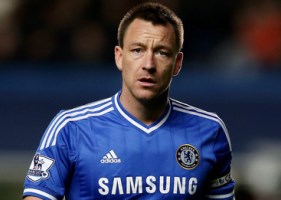 The Daily Mail says keeping Terry at the club will not be a formality.

It is Chelsea’s policy to offer players over 30 just 12 month extensions, but it is understood Terry wants a new two-year deal with an option for a further season.