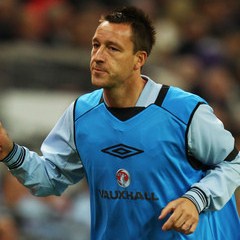 John Terry is set to talk to the national media today.

However The Sun has reported that the England skipper has been ordered NOT to answer any questions about his alleged racist comments to the QPR defender.

Extra FA officials will be on hand at his captain’s Press conference to block all queries they do not like.

The FA will not even allow Terry to discuss the reception he expects to receive before tomorrow’s clash with Sweden.

Or the mixed treatment he had at last Saturday’s match against Spain in the wake of the explosive Loftus Road bust-up on October 23, which cops and the FA are still investigating.

Terry will talk at the England team hotel in Hertfordshire, as will boss Fabio Capello.

Ancelotti : Manchester City Out Of The Title Hunt