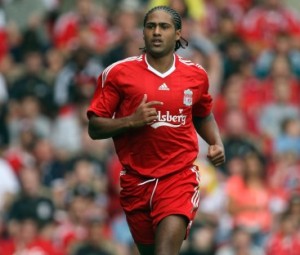 Liverpool fullback Glen Johnson has said that he will be going back to Chelsea today with “nothing to prove”.

The England international defender said that the trip to Chelsea will be massive one because everyone knows that Chelsea are going to be there or thereabouts at the end of the season and Liverpool would like to think that they will be too.

The former Chelsea defender added that Chelsea are doing well, but they have faults like anybody else, just as Wigan found out.

The defender also added that the game is going to be a massive game and that he will enjoy every minute that he put on a Liverpool shirt so it will be nice to do it against one of the big teams.

Johnson also added that the game is against an old club, but that is all behind him now and that he is just looking forward to doing the best he can for Liverpool now.

He ended y saying that he has got nothing to prove to Chelsea.