It has been reported that Manchester City defender Joleon Lescott is set to start tonight’s Champions League clash at Barcelona. 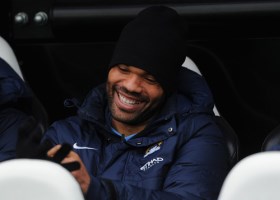 Matija Nastasic has missed the last six games with a knee injury and wasn’t spotted in the travelling party at Manchester Airport. That leaves Lescott and Javi Garcia.

The 31 year old England international is favourite after he played 90 minutes at centre-half alongside Martin Demichelis against Wigan on Sunday, with Kompany on the bench wrapped in cotton wool.