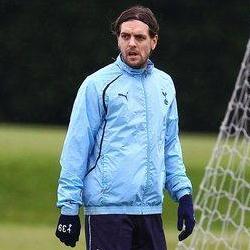 Tottenham defender Jonathan Woodgate is on the verge of making a loan move to Wolverhampton Wanderers.

The 31-year old central defender is hoping that the move will help him revive his injury plagued career.

The former Newcastle United and Real Madrid defender has not played for Spurs since November 2009 because of a debilitating groin injury but is currently regaining full fitness.

It is believed that Harry Redknapp is happy for Woodgate to go out on loan and really ramp up his return to top flight football.

“I’m happy for him to go if he wants. It’s really up to him,” the Spurs boss said.

“Jonathan’s played a couple of games for the reserves and in training games – but now we really need to see him move up a gear.

“He definitely needs to get some proper first-team games under his belt.”

It is believed that Wolves have followed up their initial interest with a firm offer whilst Newcastle United have also been sniffing around.