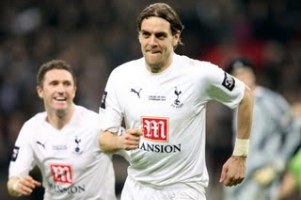 Central defender Woodgate, now age 29, has been out all season with a groin problem but reported no reaction after coming through 90 minutes yesterday.

Woodgate has previously played for Leeds United, Newcastle United and Middlesbrough as well as a spell in Spain with Real Madrid.

Woodgate was capped several times by England while at Leeds, making his debut for the national side under manager Kevin Keegan in 1999, when he became the first player born in the 1980s to win a full England cap against Belgium.

However, both his club and international career have frequently been interrupted, not only by injury, but by controversy.

Woodgate won his sixth cap almost three years after his fifth and his first start in an international friendly against Spain on 7 February 2007.