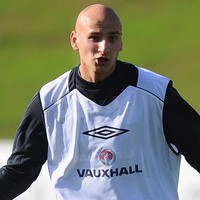 Jonjo Shelvey has explained the reason why he decided to join Liverpool.

The £1.7million he cost from Charlton as an 18-year-old looks a snip now — and justifies his decision to snub Chelsea, Arsenal and West Ham.

Shelvey revealed: “Chelsea said if I joined them I’d go into their development squad but at the time I was playing first-team football and didn’t want to take a step back and play for the reserves.

“I know Chelsea is a big club but I wanted to go into the first team and be in and around that, which happened from day one here.

“I had been at Arsenal when I was nine, but I didn’t like the manager of the Under-10s so I went to West Ham. He had us doing 10 press-ups when we missed in shooting practice when it was raining — I can’t do 10 now!

“At West Ham when you are in the younger age groups, you’d play four games of 20 minutes.

“The favourite players play in all four and the less so might play two. My brother George was two years above me and he was only playing two and I was in his age group and playing all four.

“My dad, Ricky, was a coach at West Ham at the time and he thought that was wrong, so pulled my brother away from it. My dad said if I stayed they would support me but I said ‘I’ll stick with my brother’ and left. I had a year out and played local football.

“West Ham was the club I supported so it was a hard decision. Glenn Roeder, who was manager at the time, pulled me into his office to try to make me stay.

“But I wanted to stick with my brother as he was a bit upset by it at the time. I’ve been brought up to be very family-oriented. I showed loyalty to my brother.

“My dad has always brought me up to respect people, but if you have your opinion and feel you are in the right don’t be afraid to say it. You have to fear no one — except for our manager!”