Reports are out claiming that Liverpool midfielder Jordan Henderson was pleased to be on the scoresheet in their Capital One Cup victory over Notts County. 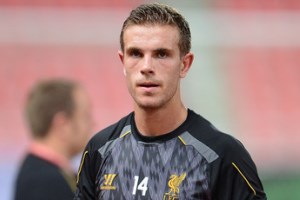 It was the England international’s ninth goal for the club – his sixth of 2013 – and Henderson has his sights set on contributing more throughout the current campaign.

The former Sunderland star told Liverpoolfc.com : “I think it’s important for midfielders to chip in with some goals,”.

“So if I can do that it will be brilliant. But the most important thing is contributing to the team.

“It was a very important win to keep that momentum going. We’ve made a good start and another win takes us onto the game against Manchester United.

“We’ll go into that game very confident. We’ll recover well from Tuesday night and everybody will be looking forward to the game come Sunday.” Liverpool Remain Locked In Talks With Sevilla For Alberto Moreno