It has been reported that Jordan Henderson has urged focus from Liverpool as they chase a first league title since 1990. 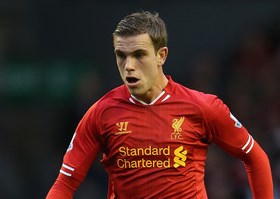 The Reds are on top of the Premier League table after beating Tottenham 4-0 on Sunday but with the premiership in sight, midfielder Henderson wants the emphasis on positive results in each game rather than looking too far ahead.

The England international told Sky Sports : “We’re all dreaming of winning the Premier League one day and we’ve got a chance but at the same time we’ve got to take each game as it comes, focus on the next game at West Ham (on Sunday) and at the end of the season, see where we are,” Henderson, who scored Liverpool’s fourth goal.

“That’s what we all want. Take each step at a time and you can’t look too far into the future.”