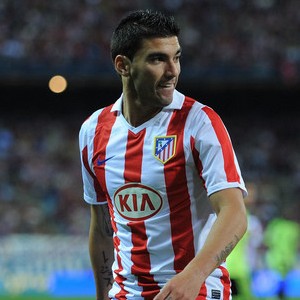 Atletico Madrid striker Jose Antonio Reyes is being linked with a return to the Premier League but this time with Tottenham.

Reports have surfaced in Spain that Harry Redknapp’s Spurs are ready to bring the former Arsenal flop back to London next month.

Reyes has rebuilt his career at the Vicente Calderon and is regarded among the La Liga’s most exciting current players.

Atletico may be prepared to sell Reyes to Spurs as they seek to avoid having to cash in on star strike-pair Sergio Aguero and Diego Forlan.