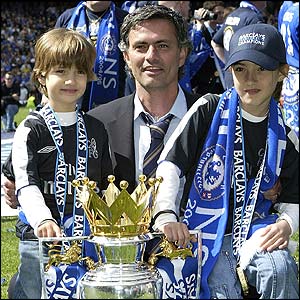 Interesting news are out and it has been reported that the son of Real Madrid coach Jose Mourinho has made his debut in Spain.

Jose Jr plays as a goalkeeper and made his debut for Canillas, a satellite club of Real Madrid, in a 9-0 victory over San Roque.

It is said that he made three impressive saves in the second-half.

Canillas are well known for producing top junior talent and have also boasted the sons of Ronaldo and Zinedine Zidane in their teams.

It’s understood Jose Jr was too young to play in England when Mourinho was in charge of Chelsea.