Chelsea boss Jose Mourinho has admitted that he needs to improve his attacking options next season. 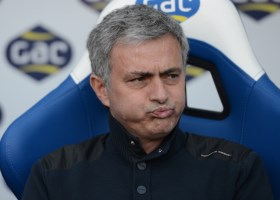 While Mourinho knows he must continue to develop the existing talent in the squad, he concedes new faces are inevitable.

The Portuguese tactician said : “It’s clear in everybody that Chelsea next year wants to bring a striker,”.

“It’s also clear that we want to improve our players. I can’t and I don’t need to improve (Branislav) Ivanovic, (Gary) Cahill, John Terry.

“There are other guys I need to improve. I think we are doing that step by step, but it’s not enough to be champions.”