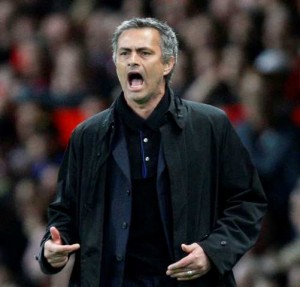 Jose Mourinho has revealed that he strongly believes that his Inter Milan side will get over their slow start in the Champions League.

Inter Milan could only draw 1-1 away at Russian outfit Rubin Kazan on Tuesday after Mario Balatelli was dismissed for two bookings.

And that result came after the Italian champions opened their Group F campaign with a goalless draw against Barcelona.

But the former Chelsea boss said that if Inter Milan can win its two home games against Rubin Kazan and Dynamo Kiev then there will be no problem in qualifying.

Mourinho also said that there are still four games left to play and that Inter could have lost the match against Rubin Kazan.

However Mourinho said that considering how the game developed, he believes that the result is a positive one.

Inter’s next group game is at home to Dynamo Kiev on October 20.