It has been reported that Chelsea boss Jose Mourinho has been making some blunt comments on the trophy winning abilities of Arsenal counterpart Arsene Wenger. 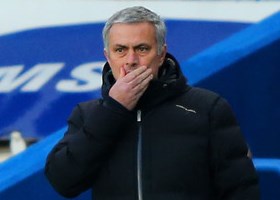 “If supposedly he (Arsene Wenger) is right and I am afraid of failure it is because I don’t fail many times. He is specialist because eight years without silverware is very long.

“If I do that with Chelsea, I leave and I don’t come back.”