Reports are out claiming that Chelsea boss Jose Mourinho has confirmed plans of buying a new striker this summer.

With the coming of the summer transfer window, Mourinho confirmed the Blues had been busy planning for the arrival of a new star since last year. 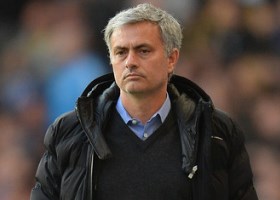 “We were preparing the long-term future and not just an immediate solution to try to help us for the rest of the season,” Mourinho said.

“In the same way we bought two players in January and they were not eligible to play in the Champions League (Nemanja Matic and Mohamed Salah) and we said ‘no problem’ because we are preparing the team for the long term and not just for the immediate.

“We have good strikers, we have good players, we are not in a desperate situation.

“But it’s the normal evolution of the team.

“Every team wants to get the summer transfer window to improve and one area we want to improve – and we’ve made it very clear since December, January – that it’s the striker position.