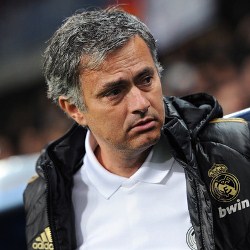 It has been revealed that Jose Mourinho is backing Pepe after his stamping incident with Barcelona’s Lionel Messi.

The Real Madrid boss has now accepted Pepe’s claim the contact was accidental, and will include him in the squad to play Athletic Bilbao on Sunday if he can shake off a hamstring problem sustained during the match.

“Pepe is on the squad list, but we have yet to see if he’ll be fit enough to play or not,” Mourinho said.

“”I have to call up other players for his position. If he can’t make it someone else will. They’re all good. ”

“Pepe apologised and that’s enough for me. I’d only be angry if Pepe publicly said what he did was not intentional after admitting privately that it was. Those who think he’s a liar should say so and assume the consequences.

“It’s your right to call him a liar if you wish to, but you must assume the consequences. It would be an issue between you and the person you accuse of lying.”