Chelsea boss Jose Mourinho insists he was not running down Premier League rivals this week. 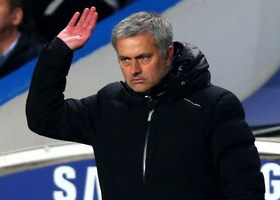 The Portuguese tactician insists his comments on Arsenal and Manchester City prior to their Champions League matches were only made out of support.

He said: “If supporting the teams from the country where I am and where I work, if this is lack of respect, okay.