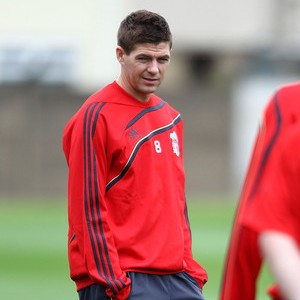 Interesting news are out and it has been reported that Real Madrid coach Jose Mourinho has not given up on signing Liverpool captain Steven Gerrard.

The Mail on Sunday reported that Mourinho is ready to make one last-ditch attempt to sign Gerrard.

It is believed that the former Chelsea and Inter Milan coach is trying to persuade the Bernabeu hierarchy to offer the £30million required to prise the England captain from Liverpool.

Spanish sources indicate that Mourinho is a long way from giving up on the midfielder and his renewed interest is another problem for Roy Hodgson, who admitted last night that he can do no more to keep striker Fernando Torres.

New boss Hodgson coaxed Gerrard into publicly committing his future to Liverpool last week, but he insists that issues with the debt-laden club are what have prevented Torres following suit.