It has been reported that Chelsea boss Jose Mourinho is determined to test Juventus’ resolve over Paul Pogba. 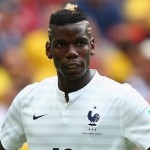 The London Evening Standard reported that Mourinho has not given up hope of signing Pogba, even though the Juventus midfielder’s agent today insisted he does not want to leave Italy.

Chelsea would use the sale of John Obi Mikel and Ramires to help fund some of the £60m fee but agent Mino Raiola said: “The boy is happy in Turin and will not leave.”

Pogba, 21, has impressed in the heart of midfield for France at the World Cup, scoring in victory over Nigeria yesterday.