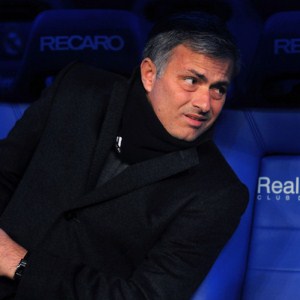 Sensational news are out and it has been reported that Real Madrid boss Jose Mourinho narrowly escaped being stabbed in an incident that saw a member of Real Madrid’s security staff wounded.

After arriving at La Coruna airport last Friday, the Special One was signing autographs when a man attempted to attack him.

Not realising the assailant was armed, a member of the club’s security staff intervened, receiving a small stab wound that went un-noticed until he was on the team bus.

It was reported that the guard initially thought he had only been punched.

The attack was caught on CCTV cameras and police are hunting for the suspect.

Despite the incident having occurred a week previously, Madrid sought to keep the incident quiet until radio station Cadena Ser reported the attack.

Cadena Ser quoted a club source saying there will be increased security for the game against Racing Santander this weekend. Fabio Coentrao Determined To Be Fit For Real Madrid’s Preseason