It has been reported that Chelsea manager Jose Mourinho expects Chelsea and Galatasaray to again play out a tight contest in the Champions League this week. 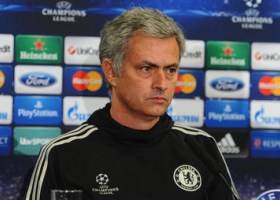 The Blues and the Cimbom meet in the Champions League Round of 16 second leg at Stamford Bridge on Tuesday night following the 1-1 draw in Istanbul last month.

In that affair, Fernando Torres scored early for Chelsea before Aurelien Chedjou responded for the home side in the second half and Mourinho feels it will be a match of similar proximity when they meet again in west London.

“So normally it will be the same kind of match, with a result that I believe goes until the end. I don’t think one of the teams is going to make a result where people know already at half-time who is going to win.”