It has been revealed that Jose Mourinho was quick to heap praise on Fernando Torres after he scored a late goal in their 2-1 win over Manchester City on Sunday. 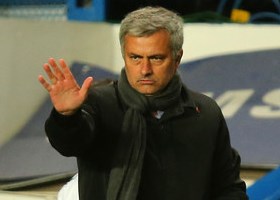 The Spaniard scored his first Premier League goal of the season in the 90th minute as the Blues clinched all three points at Stamford Bridge in what was a pulsating affair.

Andre Schurrle had gave Chelsea the lead just after the half-hour mark before Sergio Aguero levelled for City early in the second half but Torres was on the spot to produce a dramatic winner at the death which kept the west Londoners second on the table, delighting Mourinho.

“The goal comes in a very intelligent action by Fernando,” Mourinho said.

“(A) misunderstanding by Joe (Hart) and (Matija) Nastasic, but Fernando was very clever the way he believed.

“Fantastic performance (by Torres) and even better because it was after an easy goal missed. That makes it even more valuable.

“When a striker misses an easy early chance, many times he’s affected for the rest of the game.

“It looks like that moment was the moment where Fernando thought ‘I will be the man of the match’.

“He’s sharp, he’s powerful, the belief is high. We are happy for him, but we are all happy because it’s a very important victory against a team we couldn’t beat last year.

“We played against them lots of times; even in friendlies we couldn’t beat them.”

Arsenal and Chelsea to battle for Isaiah Brown