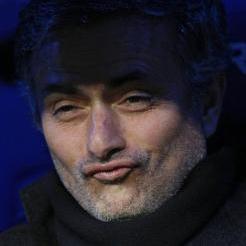 Jose “The Special One” Mourinho has done it again. This time the Real Madrid coach managed to provoke the anger of the Villarreal bench.

This incident happened in last night’s clash against Villarreal which Real Madrid won 4-2.

Mourinho celebrated Kaka’s 82nd minute goal by leaving his technical area to pass in front of the visitors’ bench and punch his arm in the air while facing the stands.

Villarreal substitute Cani reacted by lobbing a water bottle at him and, although it did not hit the Portuguese, was shown a red card by referee David Fernandez Borbalan.

Mourinho on his defence said that he wanted to celebrate the goal with his son who was behind the visitors’ bench.