It has been reported that Chelsea boss Jose Mourinho was pleased with Fernando Torres’ performance in victory at Sunderland. 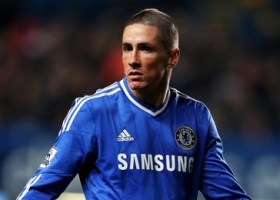 The Portuguese tactician said: “He worked fantastically for the team. He did fantastic work for them. He played against two very experienced defenders in Wes Brown and John O’Shea and gave them a fight.

“He opened spaces for the other guys. He missed chances, but he was there.”