Chelsea boss Jose Mourinho has revealed that he is happy to see Mesut Ozil in the Premier League. 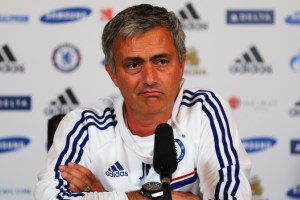 There has been talk of Mourinho now rating Arsenal as title contenders following their deal for the former Real Madrid midfielder.

“That’s the market. Ozil left a big club but comes to the biggest league in the world. If Madrid sold him it was because it was good for them. I am happy a big player like him comes to the Premier League.”