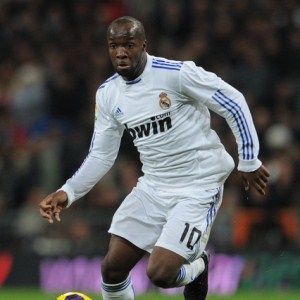 Real Madrid boss Jose Mourinho has expressed his delight in the performance of midfielder Lassana Diarra’s in the victory over Real Zaragoza.

The France international could not get his chance to play with Xabi Alonso and Sami Khedira being Mourinho’s preferred midfield pairing.

However with Khedira now injured, the former Chelsea and Arsenal defensive midfield ace took his chance to impress.

The Special One said : “Lass was the man of the match. He was incredible in every aspect,”.

“We have several injured players and these two are now suspended. Khedira will return. This is something normal to deal with at the end of the year.

“People might think that we could drop points due to having so many players out, but we’ll see. We’ll put 11 players on the pitch and they’ll have the support of the fans. We want to go into the Christmas holidays with a win.

“We must go into the two games we have left (Madrid also play Levante in the Copa del Rey) with all the strength that we have. We also hope that Kaka will return from January.”