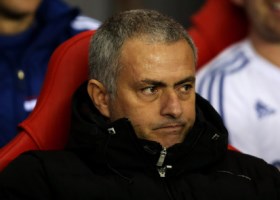 It has been reported that Chelsea boss Jose Mourinho has “no regrets” over his past ugly feud with Arsenal’s Arsene Wenger.

Eight years ago, after wrestling the Premier League title from Wenger’s ‘Invincibles’ team, the Portuguese tactician accused the Arsenal boss of being a “voyeur” with a “sickness”; someone with a “big telescope” who always “speaks, speaks, speaks” about Chelsea.

Mourinho said: “At this moment he’s totally focused on his team and his club. He’s not looking to us. Peacefully, we are living without any kind of problems. I don’t regret it. These are football fall-outs, not personal fall-outs.”