Chelsea boss Jose Mourinho has declared that Manchester City deserve to be champions.

The Blues signed off for the season with victory at Cardiff City. 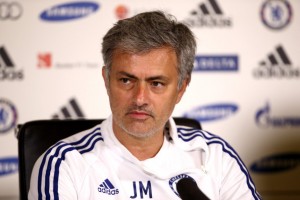 “They are not guilty of Aston Villa-Chelsea and Chelsea-Sunderland, it’s nothing to do with them. They deserve (it).

“I never did (finish third). It’s the first time. Third position is not a drama. It’s a position we have to accept in this transitional period.

“You can’t click your fingers and success arrives. This season it almost happened, but, for the last time, Aston Villa-Chelsea and Chelsea-Sunderland make it more difficult.” Ramires Happy With Life In Chelsea