It has been reported that Chelsea boss Jose Mourinho will not write off Manchester United’s title challenge. 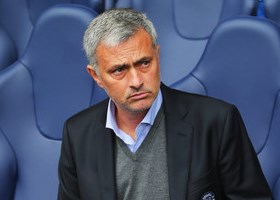 The Portuguese tactician maintains David Moyes’ United are still in title contention, despite already being eight points behind leaders Arsenal.

“They had lots of difficult matches and other teams, they didn’t,” Mourinho said.