It has been reported that Chelsea boss Jose Mourinho wants a reunion with Real Madrid midfielder Sami Khedira. 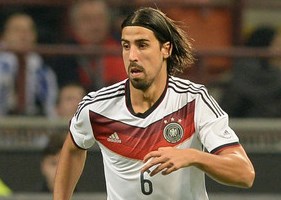 The Sunday Express reported that the German international midfielder had been strongly linked with a move to Stamford Bridge in the summer, however a long-term knee injury dashed any hopes of Mourinho signing his former player.

The 26 year old is said to be keen on a move away from the Bernabeu, and Chelsea would appear to be an ideal fit for the man who labelled himself as “one of Mourinho’s disciples.”

Gareth Bale Thrilled To Be Back In The Champions League