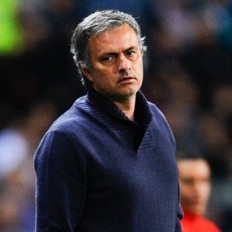 Jose Mourinho insists that he will not walk away from Real Madrid after their shock defeat to Malaga.

The 49 year old Portuguese tactician who took the surprise decision to omit club captain Iker Casillas from his starting line-up tonight, was in defiant mood when asked whether he had considered stepping down.

He told reporters at the post-match press conference: “Neither before, during or after the game have I thought about resigning.

“I don’t fear for my position. This is football. I’m not a child, nor have I been here for a couple of days. Coaches know that football has no memory and only takes into account what was done today and not what was done yesterday.

“It doesn’t take into account what titles you’ve won, nor the work you’ve done, it’s all about the now.”