Chelsea boss Jose Mourinho has revealed that he is backing Cesar Azpilicueta over Ashley Cole because the Spaniard has been flawless. 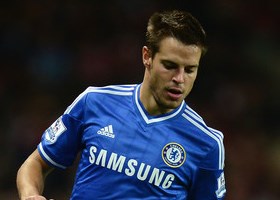 The England international will again be on the bench tonight against Arsenal.

“He is showing me he’s physically better, very strong.

“I don’t remember one defensive positional mistake from Azpi.

“When we’re going to face people like Mesut coming from the right, or Walcott making diagonal runs, or Rosicky attacking defenders with the ball at his feet, I’d want Azpi to go.”