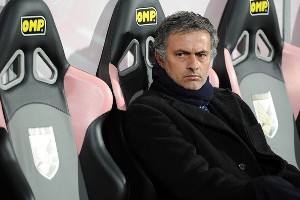 Inter Milan boss Jose Mourinho has dropped a big hint he is ready to leave Italy.

Mourinho has broken his silence about Serie A after several run-ins with the local media.

Mourinho told reporters that : “I decided not to speak about Serie A, because if I speak the way I speak with my heart, in a very honest way about Serie A then I will be suspended,”

He also added that : “I don’t want to be suspended again. I’m having an easy time with the media, as I don’t go to them.

However, when asked to clarify his future for next season after these issues, he hinted strongly at a departure from Serie A.

“My situation is clear. I am very happy at Inter, I am not happy in Italian football. Because I don’t like it and they don’t like me. Simple.”