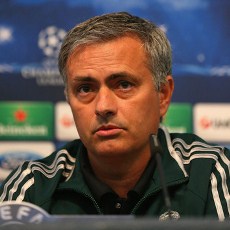 Calderon believes that the Portuguese coach has become “fed up” with life in Spain.

“I think he has already decided to leave,” he told BBC Radio Five Live.

“That’s my opinion and I’m not certain about that.

“He’s a bit fed up with what’s happening here and some people are fed up with his attitude and his behaviour. It is my opinion that he will leave at the end of this season.”