Reports are out claiming that Chelsea boss Jose Mourinho has refused to be drawn further into a row with Arsenal boss Arsene Wenger. 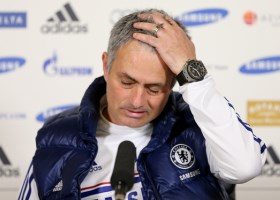 The pair had a very public war of words a week ago when Wenger suggested that Mourinho had a fear of failure due to the Portuguese asserting his side were outsiders for the title.

The Blues boss responded by stating that Wenger was a “specialist in failure” following Arsenal’s run of eight years without a trophy.

“I don’t react,” said Mourinho, when asked for further comment.