It has been revealed that Chelsea boss Jose Mourinho was pleased with Samuel Eto’o’s debut in defeat at Everton. 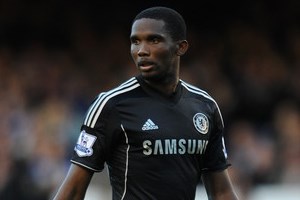 The former Barcelona and Inter Milan striker looked sharp up front and had a chance blocked by Gareth Barry to open the scoring in the first-half.

“I think the players do have a killer instinct and Samuel was a killer all his career,” Mourinho said.

“The situations where he was involved in the game makes me happy, it looked to be a good understanding with the team.”