Reports are out claiming that Chelsea boss Jose Mourinho slammed Tottenham defender Jan Vertonghen for getting Fernando Torres sent off during their 1-1 draw yesterday. 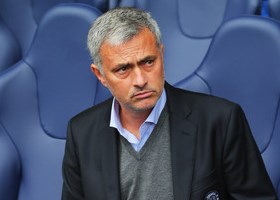 The Spanish international striker was dismissed for two dubious yellow cards after a running battle with Vertonghen all day.

“This is a very special country, and the reason our football is so big in the world is because of the way behave, our fair play”, said the Chelsea boss.

“So when a player pretends there was aggression, and is successful, in order to kick another player out of the game, I think it’s a disgrace.

“The referee made a decision and the referee trusts the player, but the player was very negative [after the collision.]

“I was disappointed by that.”