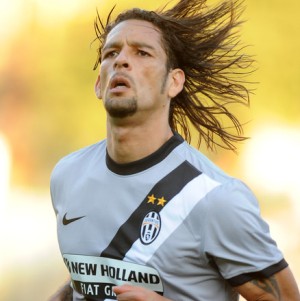 Interesting transfer news are out and it has been reported that Spanish giants Real Madrid are interested in Juventus striker Amauri.

According to Marca, Real Madrid coach Jose Mourinho is targeting Amauri after allowing Raul to leave this week.

It is said that Mourinho likes to play with a centre-forward and has concerns over French youngster Karim Benzema’s ability to cope in his system.

Amauri has flattered to deceive at Juve and the new board would be prepared to sell the Brazilian-born forward for the right price.


Real Madrid In Talks With Juventus For Giorgio Chiellini