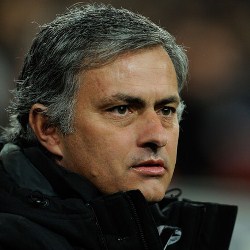 Sensational news are out and it has been revealed that Real Madrid coach Jose Mourinho wants to return to Chelsea at the end of this season.

It is said that ‘The Special One’ is quitting Spanish giants Real Madrid in the summer to come back to England.

And the two-time Champions League winner, who bagged six trophies in just three years at Stamford Bridge, is keen on resuming his old job in SW6.

“A top source close to Mourinho revealed to The Sun last night: “Jose would go back to Chelsea.” ”

The only stumbling block is that this time Mourinho will insist Blues’ billionaire owner Roman Abramovich gives him TOTAL control of team affairs, free from any interference.

That way he guarantees to bring the glory days back to the Fulham Road club.

The source added: “He knows things are a mess there right now. He also knows it would be difficult to go back and make the same impact as before.

“Winning the Premier League title back to back in his first two years at a club that had not been champions for 50 years was incredible. That’s why he’s still loved by the fans and why he still loves the club. They were special days.

“But before agreeing, he would want things very clear between him and Roman Abramovich.

“He would say ‘Roman, you are the owner and I am the boss here. Let’s work together and the power is in our hands’.

“For Jose that would be the perfect partnership.”