Reports are out claiming that Chelsea boss Jose Mourinho has revealed he had to REJECT Manchester United pair Angel di Maria and Radamel Falcao over the summer. 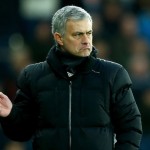 The Portuguese insists he was first offered the duo by their agent, Jorge Mendes, but UEFA’s financial fair play laws prevented him from signing them.

“Jorge said that he was looking for a solution for Di María and Falcao,” Mourinho says in the new book ‘The Key to Mendes’. “Chelsea had the rules surrounding Financial Fair Play and it was not in our capacity to pay eight, nine or ten million per year salaries.”

Mourinho also insisted: “I cannot have that one player gets ten million a year, while others have three, four or five million euros per year. That would have caused an explosion.”