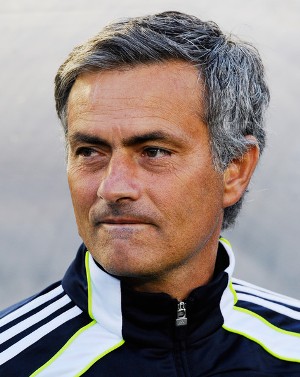 Sensational news are out and it has been reported that Real Madrid coach Jose Mourinho has taunted his great rival Rafa Benitez at Inter Milan.

The former Chelsea boss declared that Benitez cannot hope to match his achievements at Inter and that the ex-Liverpool manager is working with HIS team.

Mourinho told the Sunday Times : “One thing is certain, [Rafael] Benitez won’t do better than me [at Inter],”.

“Another thing is also true that should he lift the Intercontinental Cup, he will have only won two games compared to my 13. Therefore it will be my trophy and not his.

“I don’t need photos to make those around me love me as they carry me in their hearts. When I was Inter coach I never asked for the images of Herrera or Mancini to be taken down.

“If they don’t like my photos it’s not a problem. I always shared a great rapport with the Inter family.

“I wish Benitez success in his new role, not because I love him but because he is coaching a team that belongs to me, my fans and my president.”