According to reports from BBC Sport, Chelsea boss Jose Mourinho has confirmed he will contest a charge of improper conduct brought by the Football Association. 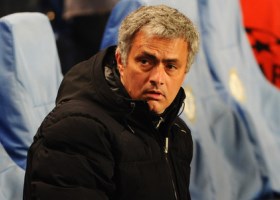 The Portuguese tactician was charged following his sending off during his side’s1-0 defeat by Aston Villa on Saturday.

Mourinho walked onto the pitch to speak to referee Chris Foy after Blues midfielder Ramires was dismissed.

He said on Friday: “I have decided how I will respond and I don’t accept the charges.”

Mourinho has until 18:00 GMT on Monday, 24 March to officially respond to the FA charge. Didier Drogba Returns To Chelsea On A One Year Contract