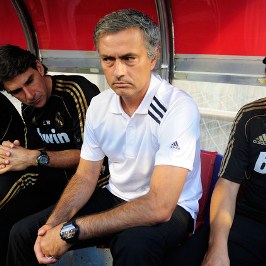 Reports are out claiming that Jose Mourinho will leave Real Madrid at the end of this season for cashed-up PSG.

Mourinho would be given a blank cheque by PSG’s Qatari owners to carry on the spending which has led the likes of Javier Pastore and Diego Lugano to Paris.

It’s claimed the former Chelsea manager will see out this season at Real before taking charge of PSG in June so to have a full summer to do his squad building.