It has been reported that Chelsea boss Jose Mourinho wants to turn up the heat on table leaders Arsenal. 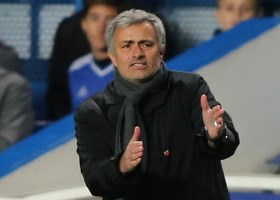 The second-placed Blues head for Stoke on Saturday having secured just their third league win on the road in seven attempts this season in thrilling style at struggling Sunderland.

“It was important for us to try not to let them open the gap. But this league is a league where in the top part and also in the low part of the table, any result can happen.

“Every point you get, you get with both hands because every point is difficult.”